This is a collection of outstanding images of nebulae. 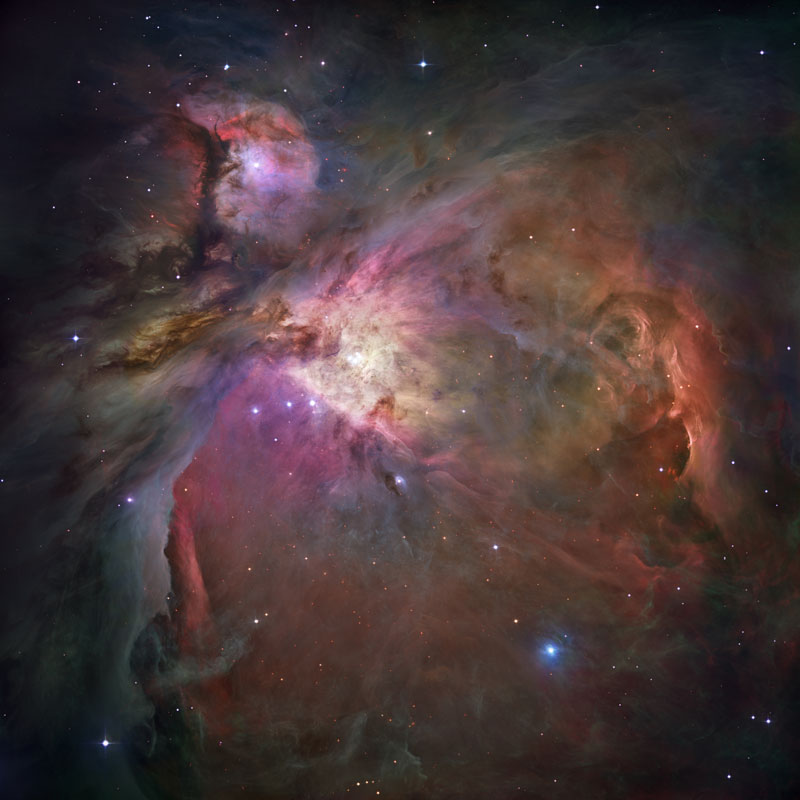 This is definitely one of my all time favourites and can be seen with the naked eye. This image was taken with Hubble’s Advanced Camera for Surveys (ACS). The image consists of a mosaic consisting of a billion pixels. This image also uncovered approximately 3,000 stars of various sizes. Some of these had never been viewed in visible light before. Among these stars are brown dwarves stars that nearly were but did not have enough gravity to innate nuclear fusion. 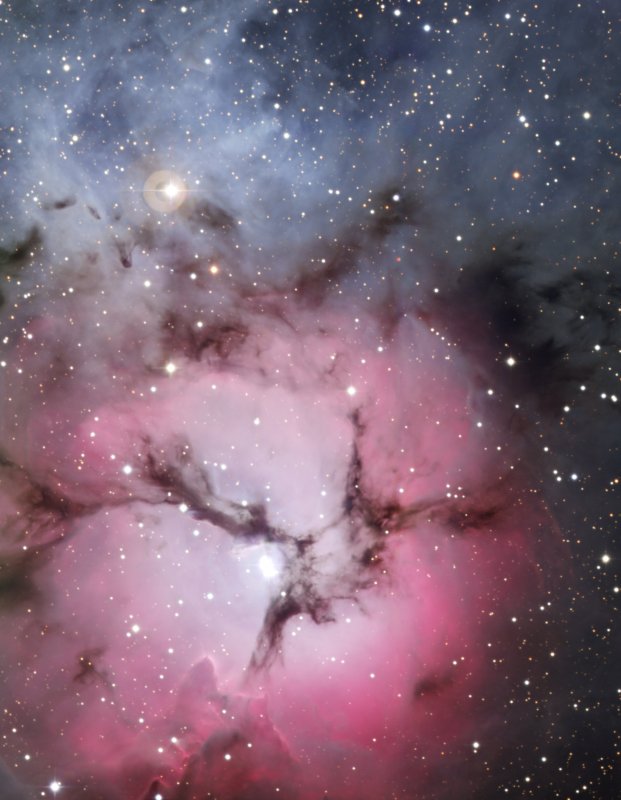 This is a beauty! This is the Trifid Nebula tucked away in the constellation of Sagitarius. This nebula is a massive star factory and is a rare combination of three types of nebula:

These fantastic images were taken by the European Southern Observatory in northern Chile. 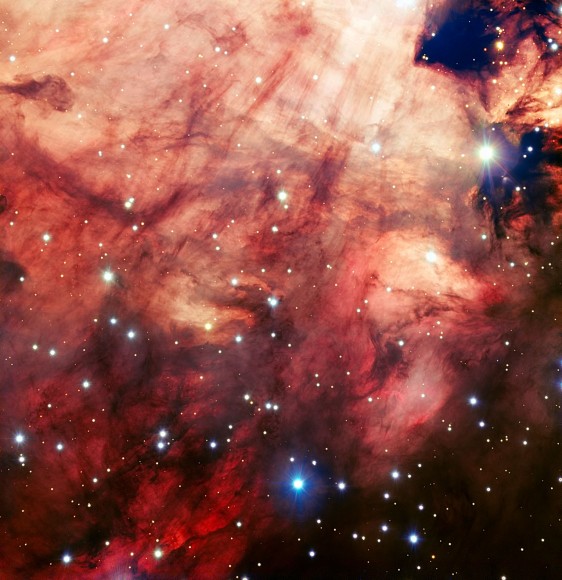 This is the Omega nebula and this is one of the sharpest images ever taken of it from the ground. The VLT(Very Large Telescope) was used and reveals incredible detail of new born stars an pink gas clouds. 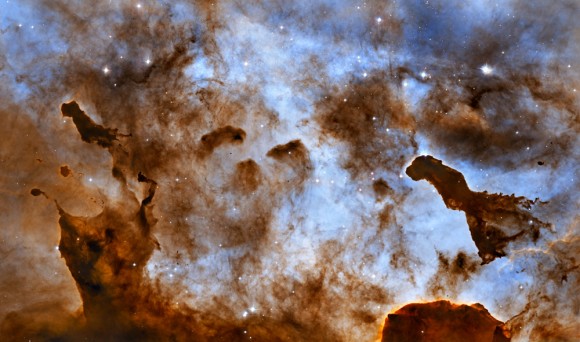 Well I think on this occasion I have left the best for last with this absolute stunner of the Carina Nebula. Nancy Atkinson of universe today put it like this:

The radiation from massive stars inside the nebula eats away at cold molecular clouds, creating bizarre, fantasy-like structures. These are one-light-year-tall pillars of cold hydrogen and dust, imaged by the Hubble Space Telescope’s Advanced Camera for Surveys, in a composite image from observations taken in 2005 in hydrogen light (light emitted by hydrogen atoms) along with observations taken in oxygen light (light emitted by oxygen atoms) in 2010. What Hubble can see from about 7,500 light-years away is nothing short of breathtaking.